At the CESNUR (Centro Studi sulle Nuove Religioni) 2015 conference, I presented a very brief, conversational, paper about memes. It was rather speculative, but may interest/amuse readers of this blog. I am working with a friend on adding a more scholarly tone -but till then… 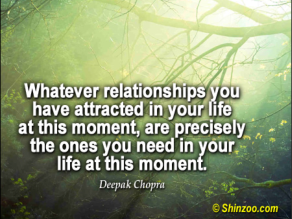 This talk is a cry for help. It may inadvertently be one in the conventional sense, but what I intend to mean (more of that later) is that I’m struggling. Struggling to make sense of something; struggling to respond rationally rather with rage; so seeing as I seem have a room full scholars at my mercy – don’t be shy about seeing if there are useful theoretical perspectives I’ve neglected, or examples to add..

Wisdom quotes online? I intend to offer a summary of what is out there: a description of the phenomena. This will lead to some analysis of these emergent semi-religious phenomena, including a rebuke to those that would over-easily mock or dismiss. While the conclusion will inevitably feature kitten-memes, the paper will also seek to note the importance for observers of the neo-spiritual of these mass-involvement, often quasi-poetic, artefacts; alongside this will be a consideration of how the forms of social media contribute to the sculpting of the content of ‘wisdom memes’.

what am I on about here then? A square picture, Instagram style filters maybe, a sunset, or pastel purple, maybe a strong topless man holding a fragile kitten – and an affirmation: a statement. This statement may display any of a number of features:

Our perception of what counts as wisdom seems deeply culturally bound. We may scoff at the seemingly trite, childish and simplistic sentiments we encounter in some context; but

were we to repackage those same sentiments in ways we culturally affiliate with ‘wisdom’, our reader-reception may construct our response as altered. A haiku is profound; a pastel-backgrounded wisdom–saying on Facebook is banal. But it is sometimes a narrower line than we might like to admit between the two.

Let’s look at some.. Aphorisms, haiku, mantras – traditional religion has made use of the concise. Poetry gets us to the heart of things, to the things inexpressible by the rational deployment of everyday language, and even the tortuously specialised nomenclature of disciplines like philosophy and psychology. Are we in danger of ignoring something akin to folk wisdom, driven by the same snobbishness that drives us to condemn selfie sticks as a narcissi harbinger of the eschaton.

Lol-cats re-write the Bible in the lolcat Bible translation project – but amongst the lols are moments of oddly affecting rendering – as if through repetition they suddenly capture something rather profound. I will use an Old Testament book to illustrate an oscillation between gleeful stupidity and glittering insight.

But let’s not get carried away here. The assertions of these neo-aphorisms lack the elegance and sharpness of poetry, of the mind-bending koan. The examples of Chopra et al demonstrate a surfeit of undeniable banality- something whose sharing that actually might be argued to suck wisdom out of the world. Whose unthinking sharing makes the world a more stupid place.

Maybe I can convince you of this by trying to sketch out how we can carve a typology around this? To make sense of how I’ll do so, I don’t think we can appeal to essential features, to grammatical tests, to shades of purple. I thought of this way of trying to make sense of incisive, diamond-cutting insight versus a black-hole of e’er spreading banality when preparing some teaching on Stanley Fish’s essay There’s No Such Thing as Free Speech and it’s a Good Thing too. I won’t rehearse the entire argument, but just the bit I want to steal from. He argues that virtually no, really, despite what to profess, really favours total free speech/expression. We would all restrict some expression, if only by age limit, context or more. So, the war between those who argue for the permissibility of some form of expression against those who restrict it is often ill-framed if we consider it in terms of free-speech. It is a rhetorical tool, but a dishonest or misconceived one. Better to get to the real issues. Is there a reason not to allow the expression? He isn’t greatly interested in blasphemy as such, but the issue of harm. Of outcomes. What does the expression do to the world? I won’t follow his argument further (since I appear to be in a fast-shrinking majority of those who agree with him on Western identity politics). But let’s be having that idea.

Fish is an advocate of reader-reception notions in literary critical theory, so it shouldn’t surprise us. How does the reader respond? I’m not so (he probably isn’t anymore) as gung-ho as ’80s literary theory on how readers are sole meaning makers, but let’s see what we can take from it. Look at the various items here. Do they:

One might be tempted to argue that at the heart of this typological concern is not a complex matrix of factors, but a prime concern relating to the onward spurring of thought. Haiku, koans, and aphorisms (perhaps mantras have a divergent ritualised intent, which we can perhaps talk about), in their own ways, generate a contemplative response.

In many ways, though, in contrast with the way ‘contemplative’ is often used colloquially, these forms are not about leaving us mulling over comforting reflections. They seek to discomfort us. The Stoic aphorisms seek to puncture our myopic, wilful self-forgetting of mortality. The koan strives to smash our consciousness sideways, knocking it from rational ruts into territory it never even knew could exist. Nietzsche tells us we are idiots, who believe rubbish. [this whole section reminds me of the difference between gentler relaxation techniques and meditation- and all those students surprised that the latter is so touch, and often unpleasant].

That typology and what initially derive from it is, here, only worked out in rough, as a sketch from far above a territory; my goal (with a co-author) will be to drag myself towards the horrors of empirical investigation and test this out. To do some more systematic collation of the key ‘spiritual wisdom’ sites, and push some typologies and analysis as them – and, as it were, see what sticks.

But.. The sharing. We might want to classify pithy ‘alleged-wisdom-sayings’ by the type of “semi-existential dread blended with reader-response theory” approach that I’ve just set out, but that leaves something out. These items are made for this aspect of social media, which is sharing. We like it if people share our content~> though often we aren’t the original generators of it. Sharing is like someone saying “you are so cool/right, I want to show others this!” People get very annoyed if the joke they’ve shared on Twitter is re-posted with no reference to them – even though they did’t originate it. Sharing etiquette aside, before we get dragged into a dark internet alley, let’s return to the sharing of wisdom sharing.

What I am convinced of is that, and this is not a huge insight, but is something easy to spot in others and easy to be blind to our own practice of, is that what I share in my (for example) Facebook feed, is a sociological signalling. Of course it is. That’s its point. “Look at me and how bloody wise I am”.

We can share material we believe is interesting, provocative, and valuable – but the posts I began with here are none of these things. If I catch you sharing them, I’ll do that most sneaky, slow-burn and cowardly of things. I’ll unfriend you.