Have you ever read something and thought, “that’s prejudiced”, but without the ability to put your finger on exactly how? There are speeches and writings and quotes which seem sexist, racist, ableist, homophobic or transphobic, yet there is no exact quote that can be pulled out and easily called out for what it is.

This is because there are subtle ways of using language, barely perceptible, which reflect stereotyping and prejudice. In spotting these, one can call out the speaker or writer and address the grubby prejudice that lies beneath.

Following the Civil Rights movement and the overturning of the openly bigoted Jim Crow laws, racism in the United States took a different form: symbolic racism. Symbolic racism is characterised by three markers: a belief that minorities are being too demanding, resentment about special favours for minorities and denial of continuing discrimination. This is probably one… I’m sometimes asked how psychology might explain events that seem so strange that they suggest the existence of paranormal activity, for example when you’re thinking about a friend and how you haven’t talked to them for a while, and then the phone rings and it’s them. These events seem so very unlikely, it seems impossible that they could happen by chance. The explanation that it’s just a coincidence doesn’t seem very persuasive. However, sometimes an unpersuasive reason is the right one, and the reason why unusual events sometimes occur comes down to the law of large numbers.
Any event that can be possible, including bizarre coincidences, has some chance of it happening, even if that chance is very small. However, there are so many events, and so many people to potentially experience them, that even the most unlikely of coincidences is likely to happen now and again. Hence the picture…

Sent to me by a colleague..

If people assume that spirituality is another commodity, it is also easy for them to assume that they have the right to take whatever they want.

Off topic: but well worth reading..

A Daily Act of Journalism

If you’re a crime fiction fan who spends any time on social media, you’ve probably been scraping your jaw off the ground at the shenanigans over sock puppet reviews where a number of big – and not as big as they’d like to be – names have been posting negative reviews of other writers’ books under false names.

Enough has been written already on the whole nasty saga. What I want to do, though, is to offer up some suggestions on how readers can find reviewers they can trust …

The fake review saga has undermined any credibility that Amazon reviews had – and that wasn’t much to start with. I feel immensely sorry for honest and thoughtful reviewers like British reviewer Maxine Clarke and John L Murphy, an American academic, who both continue to push a rock uphill by posting their excellent reviews to Amazon.

My illusions were shattered… 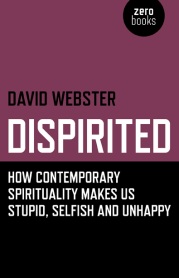